We’re here to help during this difficult time.  We offer full-service probate solutions, handling all aspects for you, and we will be there with you every step of the way.

On this page you can find definitions of Hawaii probate terms, frequently asked questions about probate in Hawaii, and a summary of probate options in Hawaii, including links to the actual Hawaii probate laws.

“We provide the highest quality of legal services, promptly, in a friendly, professional manner, for a reasonable fee.  Our clients feel important, cared for, and well informed.”
Ethan Okura 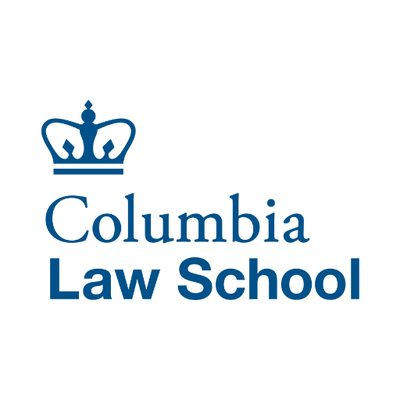 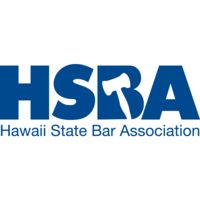 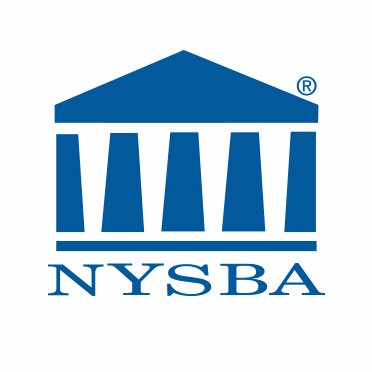 When is Probate Necessary?

We help our clients avoid probate. However, when a person dies without having done proper estate planning, a probate is often necessary. Probate is a court proceeding. The laws governing probate in Hawaii are Hawaii state laws. There are no federal probate laws. Probate in Hawaii is necessary when a person dies owning any real estate in his or her name alone, no matter how small the value of the real estate. Probate is also required when the total value of all “personal property” owned in his or her name alone is worth more than $100,000. “Personal property” is any asset which is not real estate.

Why The Law Requires Probate

The law requires probate for a good reason. If a person dies, probate makes sure that the property goes to the people who are supposed to inherit it. The probate law requires that a written notice be sent to the persons named in the will and also to the persons who would have inherited if there had been no will. Each one has the right to see the will, see what was owned, and make sure that the assets are divided correctly. In a probate, the court appoints someone (usually a spouse or child, if any) as “personal representative.” In the past this person used to be called the “executor.” The personal representative has the power to gather the assets of the estate, pay bills, and distribute the assets according to the will. If there is no will, the assets are distributed according to the “law of intestacy.” The law of intestacy spells out who inherits assets when there is no will. If there is any problem during the probate, the court can make sure things are done fairly.

How Long Will It Take and How Much Does It Cost?

Okura & Associates handles probate cases on all of the Hawaiian Islands. An examination in December 2008 of all probate cases filed in the year 2008 in the 3rd Circuit Court of the State of Hawaii showed that Okura & Associates handled more probate cases in that court than any other law firm in the State of Hawaii. Based on the large number of probate cases handled by our Probate Department, we have some fairly good time and cost estimates. If the estate is simple, consisting perhaps of one parcel of real estate and one or two bank accounts, and if the client assists actively in the case, the probate generally costs about $8,000. Complications will increase the cost. The length of time it takes to finish a probate can generally vary from 7 to 15 months, depending on whether there are complications and on how cooperative the personal representative and beneficiaries are. If a probate has been established in another state or in another country, an expedited proceeding can be used, which generally costs much less than a normal probate, and which can be completed in 2 to 3 months if the personal representative responds promptly to the attorney’s requests.

There are several options for handling the estate when someone dies with assets in Hawaii . The option we would use depends on the facts of your case. Here are the choices.

Affidavit for Collection of Personal Property:
If the person died with $100,000 or less of personal property, with no real estate, no probate is necessary. The assets usually can be collected very quickly and inexpensively by our preparing an affidavit, which is a statement you sign in front of a notary public.

Small Estate: If the person died owning real estate, no matter how small its value, a probate is required. However, if the total value of the assets is $100,000 or less, the Small Estates Division of the Circuit Court may be willing to handle the case for you. They charge 3% of the value of the assets, plus costs such as court filing fees and newspaper publication fees. (If the Small Estates Division is willing to take your case, check with us. We may be able to match their fee, giving you the advantages of having your own attorney representing you.)

Ordinary Probate: There are three types of ordinary probates. Any of the three may be used for either a testate or an intestate proceeding.

Informal Probate: An informal probate can be used when the beneficiaries are all cooperative. No court appearances are required. This is the least expensive and fastest kind of probate. Many of the probates we handle are informal.

Supervised Probate: When there is a major dispute over an estate, a Supervised Probate is necessary. The probate judge supervises the entire case. There may be many court appearances. These are the kinds of probate cases your read about, which may take years and require large legal fees.

Other Special Procedures For special situations, there are other special procedures, such as Summary Administration and Application for Authorization.

CONTACT US FOR A FREE EVALUATION OF YOUR PROBATE SITUATION.

Ancillary: A probate case that takes place in a state other than the home state of the decedent, when there is a domiciliary probate in the home state. Most commonly used when land is owned in more than one state.

Beneficiary: A person who is entitled to receive a distribution of money or other property. For example, the beneficiary of a trust receives money from the trust. The word “beneficiary” is also used to mean someone who inherits under a will, even though the formal legal term for that is “devisee.”

Codicil: An amendment to a will.

Creditors: People or businesses who are owed money. If a person died owing money to anyone, the person who was owed money becomes a creditor of the estate, and can demand to be paid from the assets of the person who died.

Decedent: The person who died.

Domiciliary: A probate case that takes place in the home state of the person who died.

Exempt Property: If someone dies while living in Hawaii, the surviving spouse (or surviving children) is entitled to exempt property (household furnishings, appliances, cars, personal effects) in the amount of $10,000. The right to exempt property has priority over all claims except claims for homestead allowance and family allowance.

Heir: A person who is entitled to inherit the property of a decedent who dies without a will.

Intestate: This means dying without a valid will. Property will go to the people (called “heirs”) specified by Hawaii law.

Joint Tenants: A way for two or more people to own an asset together. When one owner dies, the asset goes automatically to the other owner(s) without probate, regardless of what the will says.

Personal Representative: The person appointed by the court in a probate case to handle an estate. This person is often referred to as the “PR” and in some states is called the “executor”. The decedent’s will can name the PR, but the PR generally does not have the authority to act until appointed by the court.

Petition: A written request to the court for an order.

Probate: The formal court process that allows collection of a decedent’s assets, payment of bills and taxes, and distribution of property to the heirs or devisees. In Hawaii, probate occurs in the Circuit Court in the county where the decedent lived or where his/her real estate is located.

Reciprocal Beneficiaries: In Hawaii, two adults who legally cannot marry each other may register with the Department of Health as reciprocal beneficiaries. Under Hawaii probate law, they will generally have the same legal rights as husband and wife.

Tenants by the Entirety: A way for a married couple to own an asset together. Neither can sell his or her half without the consent of the other. If one is sued, a creditor cannot take away the property. If one dies, the property goes to the other without probate.

Tenants in Common: A way for two or more people to own property together. If one dies, that person’s share does not go automatically to the other owner(s), but instead goes according to that person’s will.

Testate: This means dying with a valid will. Property will go to the people (called “devisees”) who are named in the will.

Trust: An arrangement in which one person (the “Settlor” or “Grantor”) transfers property to another person (the “Trustee”) to be held for the benefit of others (the “Beneficiaries”). The most common trust today is the self trusteed revocable living trust, where a person transfers property to herself as trustee, for the benefit of herself as beneficiary. Upon the person’s death, the assets held in the name of the trust do not have to go through probate. However, the trust estate will still need to be administered, which in many ways is similar to a probate but does not involve a court.

Will: A legal document which says who will inherit assets. In Hawaii, a will generally must be signed by two witnesses, although there are a few exceptions to this rule.

We’re waiving our consultation fee during these times.

Your attorney will review the finances & family situation, and explain your options.

You will leave the appointment with a clear plan of action including, how when you should expect the probate to be completed.

Call us or fill out the form and we’ll get back to you quickly to confirm a date and time that works best for you.

For your safety, we offer phone & web meetings. As a State of Hawaii essential service provider, we are also available to meet in our office.