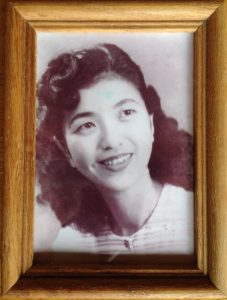 DON’T “SPEND DOWN” FOR MEDICAID!

When people come to us for advice on how to qualify for Medicaid to pay for their nursing home cost, we hear this phrase “Spend Down” all the time.  Many people who have researched Medicaid benefits for long term care have heard that they should “Spend Down” their...

END_OF_DOCUMENT_TOKEN_TO_BE_REPLACED

DOES A LIFE ESTATE STILL WORK FOR MEDICAID? (June 2015)

DOES A LIFE ESTATE STILL WORK FOR MEDICAID? Back in March, April, and May of 2010, my father wrote a three-part series for the Hawaii Herald called “Protect Your Home From Medicaid Liens.”  It explained that the best way to protect your home is to keep a life estate...

END_OF_DOCUMENT_TOKEN_TO_BE_REPLACED

WHAT YOU NEED TO KNOW ABOUT GIFTING YOUR ASSETS

Most of my clients have heard that you can give away $10,000 per year to any other person without consequences.  That’s not exactly correct.  Some have heard that you should consider giving away your assets to your children or other loved ones 5 years...

END_OF_DOCUMENT_TOKEN_TO_BE_REPLACED

Here is a 2015 update on important numbers used in Estate Planning and Medicaid Planning in Hawaii. How much money and property can a person have at death without paying estate taxes? At the end of 2012, Congress passed a law making the exemption from estate taxes...

END_OF_DOCUMENT_TOKEN_TO_BE_REPLACED

Here is a 2014 update on important numbers used in Estate Planning and Medicaid Planning in Hawaii. How much money and property can a person have at death without paying estate taxes? A little over one year ago, Congress passed a law  making the exemption from estate...

END_OF_DOCUMENT_TOKEN_TO_BE_REPLACED
Page 3 of 5«12345»
Schedule Your Consultation